By Sebastian ArciszewskiMay 25, 2020No Comments
5 New Podcasts To Listen To Each Week - Subscribe to Find That Pod

Jason Feifer is a speaker, writer and podcast host. He’s also the editor-in-chief of Entrepreneur Magazine. In addition to the Pessimists Archive, which I featured in an early edition of the Find that Pod newsletter, he also hosts two other podcasts. Problem Solvers and Hush Money. Two shows that are also worth checking out if you’re into finance and entrepreneurship.

I wanted to ask Jason about his experience with running the Pessimists Archive podcast, its impact and what his production process is like. I also wanted to know if he had any advice for podcasters just starting out and what his opinions are about the podcasting industry. Here’s my interview with Jason. 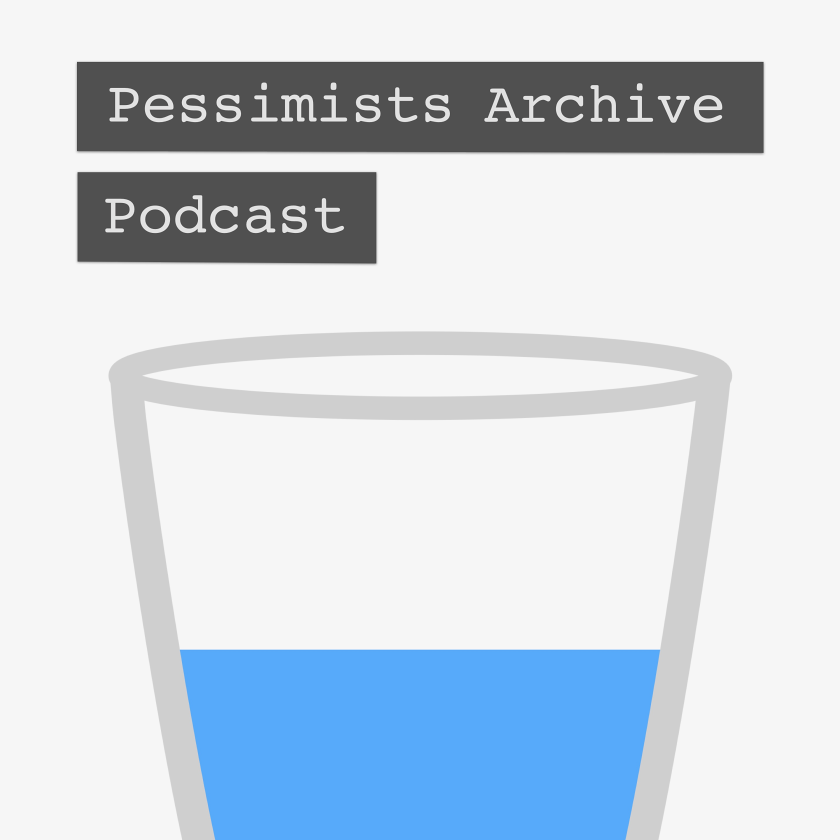 I know you’re currently a part of 3 podcasts, but I specifically want to talk to you about Pessimists Archive. What do you think makes the show unique?

Jason: Pessimists Archive has a very specific mission: I want people to understand change, understand the fear of change, and understand that we continue to repeat our fears in a needless and unproductive way. But that all sounds very academic and lofty, and I don’t want to show to actually feel that way. I want to show to feel like entertainment, and I want to be funny and fast-paced and the kind of thing that can improve your mind without you even realizing it.

What was the driving force behind starting Pessimists Archive?

Jason: I had become obsessed with the repetition of fears across time. It was crazy to me that we kept describing new generations of people in the exact same way, as if we never learned our lesson. It seems ridiculous that the car or the bicycle or coffee would be blamed for moral depravity. It just seemed like we as people would be a lot better if we just had institutional memory! If only we knew what the people before us had said, and how much we are repeating their errors. I had done a lot of reading on this and writing about it, and always wanted to start a podcast on the subject. Then I discovered the Twitter feed Pessimists Archive, reached out to its creator Louis, and we agreed it was time to start a podcast under the same name.

Tell me a little bit about your process and the things that go into producing each episode?

Jason: The episodes are incredibly labor-intensive. Each one takes about two months to make, and we overlap episodes so that they come out monthly. I generally interview a few historians, Louis does a lot of archival research and sends me a ton of information, and I also pay a reporter to make some calls, record some interviews, and dig up other material. Then, over the course of about a week, I go through all this material and write a script that generally comes out to about 8,000 words that includes snippets from about five or six interviews, along with old quotes that we’ll have two actors read. Then I record my narration, have an editor assemble it, and then we go through a few rounds of refining.

Do you ever think about the lasting impact of your show? What would you want its legacy to be?

Jason: Absolutely. I see a lot of people on social media say that the show changed the way they think, and that’s exceptionally gratifying. I see Pessimists Archive are really just the beginning of a broader effort to tell the story and get this message out in as many ways as possible. I love making a podcast, but I think there’s also a book in here, and a TV show, and I’m already giving a lot of talks at conferences on the subject. (Or at least, I was before Covid-19.) This is a show with a real intellectual mission. But like I said, I don’t want it to actually feel that way. I want to feel fun.

Do you take the time to promote your show? What have you found to be the most effective?

Jason: I do, and we have a modest marketing budget. I’ve run ads on other shows, and sometimes they drive a ton of traffic and other times they’re totally ignored. You really have to know where your audience is, so that you don’t waste your money. I’ve been learning that. Also, when I get interviewed on large shows, that really helps. Last year, in the same month, I was on Radiolab and the Reason magazine podcast. That was a listenership bonanza.

Jason: Please, don’t just make another interview show. There are literally close to 1 million of them. Before you launch a podcast, think deeply about what you can produce that isn’t already out there, and how you can do it in a way that engages and excites people. I believe that if you’re going to ask for people’s time, you need to invest your time first.

What do you think is the future of podcasting? Increasing walled gardens like what Spotify appears to be doing or do you think the open RSS format will prevail?

Jason: Joe Rogan just signed his exclusivity deal with Spotify, and I say good for him. That’s a ton of money! But also, good for everyone else, because it takes Joe Rogan off the stage. I think that deal is like Howard Stern going to SiriusXM. He made a lot of money, but he also shrunk his audience and cleared the stage for others. I don’t think it’s possible for anyone platform to own podcasting in a meaningful way. The big guys will make their money, and congratulations to them for doing so. But the ecosystem will constantly flourish with new ideas and new energy, as it should.

Give me 3 of your best podcast recommendations.

#1. Everything is Alive. Interviews with inanimate objects. I find the show to be a constant delight, and just a really wonderful mental exercise. They do such a good job of imagining the perspective of a bar of soap or a can of soda. It’s wonderful.

#2. Richard’s Famous Food Podcast. I don’t care about food at all. I actually can’t even taste food—my olfactory nerves are busted. But I love this show because it is so inventive, and the production is so wild and unexpected. It’s a true joy to listen to.

#3. Reply All. It’s constantly insightful, cleverly executed, and also makes me feel like I have some small understanding of what’s happening on the Internet.